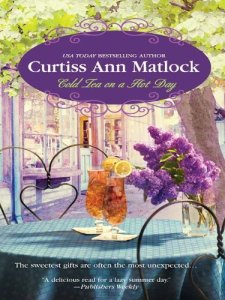 COLD TEA ON A HOT DAY Buy e-book at Amazon

Over the last few weeks, I’ve had opportunities to remember some old Southern sayings. These so delight me that I am given to sharing a few with you. Maybe you have heard them, too, and will enjoy some chuckles.

One word my grandmother said that I’ve never heard anyone else say, until I read it in a Kaye Gibbons’ novel: “Haywire-flooey.” This was the grandmother who had at one time been as beautiful as a Gibson Girl, and then raised four boys and at middle-age was spitting snuff out the back screen door. Since Gibbons and my grandmother both came from North Carolina, I wonder if the word didn’t come from there. It really is a perfectly descriptive word. Let me tell you, I’ve had some haywire-flooey moments in my life, a few I definitely regret.

My mother was good for sayings such as, “If you don’t vacuum up that room, you’ll be able to plant potatoes under the bed.” And, “To each his own,” meaning freedom that each of us have to live as we wish. For when she was going to go to the bathroom, she would say, “Please excuse me, I have to go see Miz Jones.” And, “God love your bones,” meant deep gratitude. I used that one with someone today.

My mother told me this story: She was having supper with her father, my grandfather, a dapper man, at one of the small town’s better restaurants. He looked up and saw a woman passing. He said flatly, “That woman needs to stay home.”

This was his way of saying he judged her extremely bad looking. I enjoy employing this saying (at least to myself) toward the so called experts, personalities, or celebrities being rude and ‘ugly’ on television.

And therein is another word often used in the South that others might not understand. “Don’t be ugly,” is an admonition that means mind your manners. It is the other side of the saying everyone knows,“Pretty is as pretty does,” and we all know what that means, and it needs to be said more often these days, if you know what I mean. Don’t be rude, don’t “get in a hissy,” and let your anger get out of hand. Don’t use foul language or yell or get in a fight or be rude in any way, because to do so is unacceptable or, “Now that is uncalled for.”

My mother-in-law (of the pantyhose episode) was probably the most colorful with her verbiage. I often heard her say, “You better look out or we are goin’ to fist city.” Or, “I’m gonna jerk a knot in your tail.” Either statement may be said should one act up and be ugly.

My dear mother-in-law also was known to say, “Well, don’t just stand there like dead lice are fallin’ off of you.” I asked her what this meant, and she confessed to not being quite sure, but that her mother had often used it.

“I love writing. I love the swirl and swing of words as they tangle with human emotions.” ~James A. Michener

There is, “gracious plenty,” which means more than enough, and “smack dab,” meaning right in the middle or on target, and “this country,” not meaning the U.S., but the county or even square mile area where the speaker lives.

The term for a glass of tea in the South used to be cold tea, but the more modern term is ‘ice’ tea. You might see it written on menus or in some places ‘iced’, but the correct way to say it is ‘ice’, without the d.

I love the warmth and vibrancy of these linguistic traits. Keeping them alive is one thing I enjoy about writing and setting my stories in the South, my “home country.”

It would make me as happy as a dog with two tails if some of you would share expressions and sayings that you know from your own lives.